May 22, 2017: Interview of Ségolène Aymé – “The place of rare diseases in health policy in France and Europe”

May 22, 2017: Interview of Ségolène Aymé – “The place of rare diseases in health policy in France and Europe” 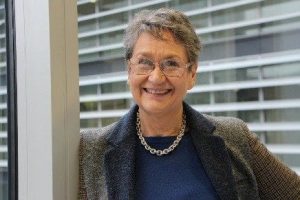 Medical geneticist and epidemiologist, currently Chargée de mission at the Institute of Brain and Spinal Cord, Ségolène Aymé is the founder of Orphanet, a reference site dedicated to rare diseases and orphan drugs. She also chaired the European Commission’s Rare Disease Task Force and the WHO’s Topic Advisory Group for Rare Diseases.

What is a rare disease? Is there a common definition of this category of pathology?

Rare diseases are diseases for which the size of the market is considered insufficient to encourage pharmaceutical players to develop treatments under the usual marketing conditions. There is a common definition in the European Union where diseases are considered rare when they affect less than one person for 2000. This is not the case at the international level: the definition of rare diseases is broader. in the United States, where it refers to pathologies whose prevalence is less than 1 person in 1000, and more restrictive in Asia, with a prevalence of less than 1 in 10,000.

What is your assessment of the policy implemented by France for the management of rare diseases, and in particular the two action plans implemented from 2005 to 2016?

France is recognized as the most advanced European state in the management of rare diseases.

The quality of the French system in this area owes much to the voluntarist policy that has been pursued since the 1990s by successive governments. The management of rare diseases has been recognized as one of the 100 objectives of the 2004 health plan and among these objectives as one of the five priorities. This commitment resulted in the launch of decisive concrete action plans to strengthen the management strategy for these conditions in France. Among the most structuring advances we can mention: the development of 131 regional reference centers and specialized institutions, which have led to the constitution – fundamental – of a true “rare diseases sector”; the establishment of the Orphanet website, which promoted awareness and dissemination of information for the general public and health professionals; strengthening of medical training on rare diseases; improving coordination between the different ministerial services concerned.

The intense mobilization of French civil society, relatively aware of this issue compared to other European states through the Telethon, contributes significantly to this political dynamism. The different actors involved – the patient associations, the scientific community, the industrial players – quickly structured themselves to collectively bring this issue to the public debate.

Challenges remain nevertheless. On the one hand, the passage of molecules from the preclinical phase to clinical development remains difficult. On the other hand, we expect a significant increase in innovative therapies in this area of ​​expertise. It is estimated that these will account for 40% of total therapeutic innovations in ten years, against 25% today, which raises the question of their funding because prices will necessarily be high.

The Minister of Health announced the preparation of the 3rd rare disease plan: what is the state of thinking today and what are the next steps?

The third plan aims to complete the actions undertaken under the 2nd Plan, consolidating the strengths of the French system in the care and care of French patients and seeking to meet the identified needs. Four working groups, co-led by Professors Sylvie Odent and Yves Lévy, were set up to reflect on the proposals of the future plan. These are structured around several axes including: i) improve the precocity and accuracy of diagnosis for earlier and more appropriate management; ii) strengthen care in medico-social structures – type MDPH – through better support of these patients in these structures, coordination of care pathways and awareness of staff and all patients hosted; iii) improve the state of knowledge, by organizing the increase of information / data on rare diseases, to better identify the needs in these pathologies; (iv) strengthen European cooperation, based on the European reference centers. The working groups finalized their copy on March 15th. Proposals from their reflections will be presented at a meeting in May.

This strategy has led to concrete advances such as the creation of around 20 European reference networks between expert centers, the harmonization and sharing of data on rare diseases, the strengthening of cross-border cooperation in R & D, etc. Today, no other pathology enjoys such a level of coordination at European level. In this respect, the strategy implemented by the European Union is an example. In my opinion, Europe has gone to the end of what it was possible to do on this scale. In some respects, health policy falls within the competence of the Member States and must be approved unanimously at European level, which complicates its implementation. Moreover, the differences between the various national systems are extremely strong and do not allow for a more complete harmonization.