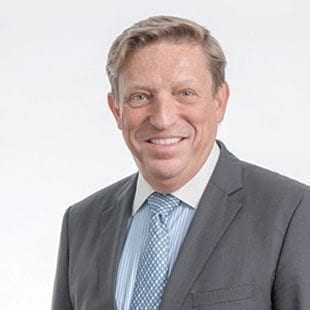 Dominique Amory is a former student at ENA and a graduate of the Harvard Business School.

After working for 7 years for the French administration as a diplomat and then as a subprefect, he joined at the end of his studies in Boston the American pharmaceutical group, Eli Lilly. In his international career, he has held sales and marketing posts and senior management posts in many countries in the US and Europe. He has thus developed marketing skills at Indianapolis headquarters when Prozac was launched, then sales skills as hospital sales director in Florida. Afterwards, he was appointed General Director of the Portuguese subsidiary of the group in 1993 before becoming the European manager for the launch of a product to treat osteoporosis, based in Italy (1997-1999).

Serving as Director of the Europe Area for medium sized countries (10 countries including Belgium, Netherland, Greece, Portugal, Switzerland, Austria and Nordic countries), he was based in Brussels and reported to the European President. In 2003, he was appointed Corporate Affairs Director for Europe and based in London where he managed the relations with the European institutions. At the end of 2004, he became CEO of Lilly France, the Group’s 3rd subsidiary, and was very involved in professional organizations (Leem, LIR andAgipharm). For 3 years, he took on the leadership of the International Research Laboratories association (LIR) bringing together 15 leading companies.

Since 2012, he has been consultant especially in the field of mergers and acquisitions for the health sector and providing support to companies established in Europe. In 2014, Dominique joined Nextep as Partner.

Dominique is an avid sport fan. He competed in several triathlons and marathons across the world.